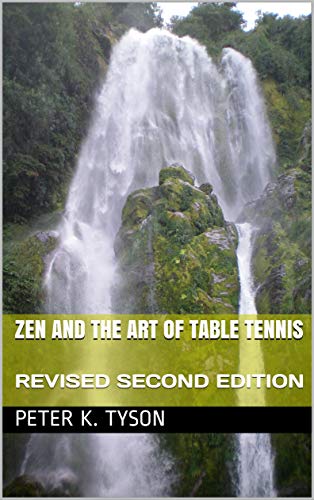 For this second revised edition, I have updated some of the content, added some new material and corrected a few typing errors. After the plethora of Zen-related titles in recent years, Zen and the Art of Table Tennis seeks to examine links which up to now have been largely ignored – the links between this ancient Eastern lifestyle and a game noted for its combination of mental and physical agility. Part One explores the nature of Zen, analysing those aspects which seem to appeal most to Western followers. Part Two traces the history of table tennis from its humble parlour-game beginnings to the rise and dominance of Asia. Part Three attempts to reach a synthesis – does table tennis have anything to learn from Zen? Finally, an eleventh chapter ventures into a danger zone which other Western Zen publications tend to avoid – into Zen’s moral vacuum. The enlightened wisdom of Obi-Wan Kenobi is counterbalanced by the dark force of Darth Vader, a dark side which manifested itself historically in Zen Nazis and Zen war-time atrocities.